Paul Korolenko (koromakesthings.com) and I created this game for a game jam at school. The project we were given was simple: Make a game using the theme “Chain Reaction”.  What we came up with was Super Rumor Spreader Double Detention Edition Turbo!  The tile is somewhat of a homage to the insane titles that were associated with a certain popular fighting game. The goal of the game is to spread the rumor as far as you can during detention.  We went through quite a few ideas before we finally settled on the concept of spreading a rumor.  Or thinking was that we didn’t want to make the typical explosion or match up chain reaction game.  Spreading a rumor embodies the theme of chain reaction perfectly.  Rumors spread somewhat randomly, they morph and evolve as they spread, and they transfer between people like a virus.  So we decided to run with it. 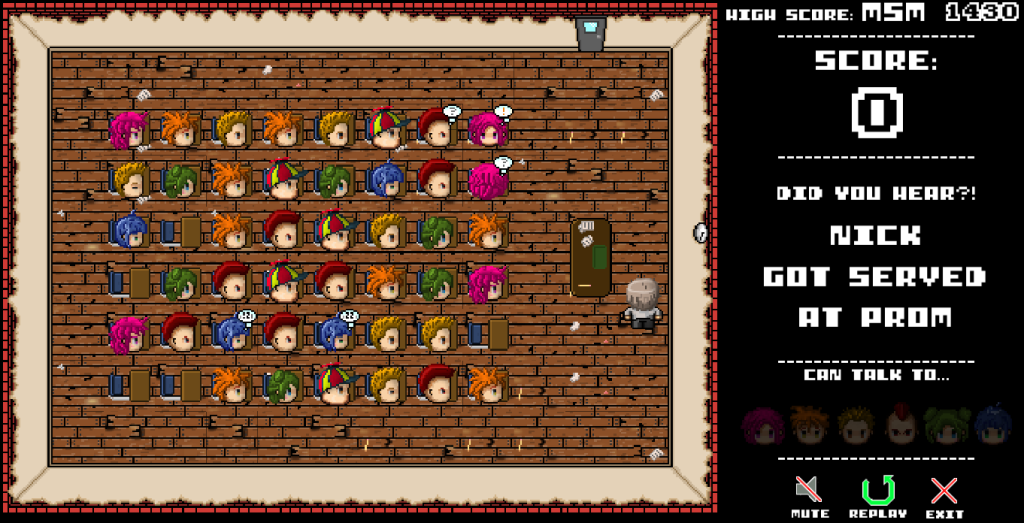 Players can earn combos by spreading the rumor at a high rate of speed. 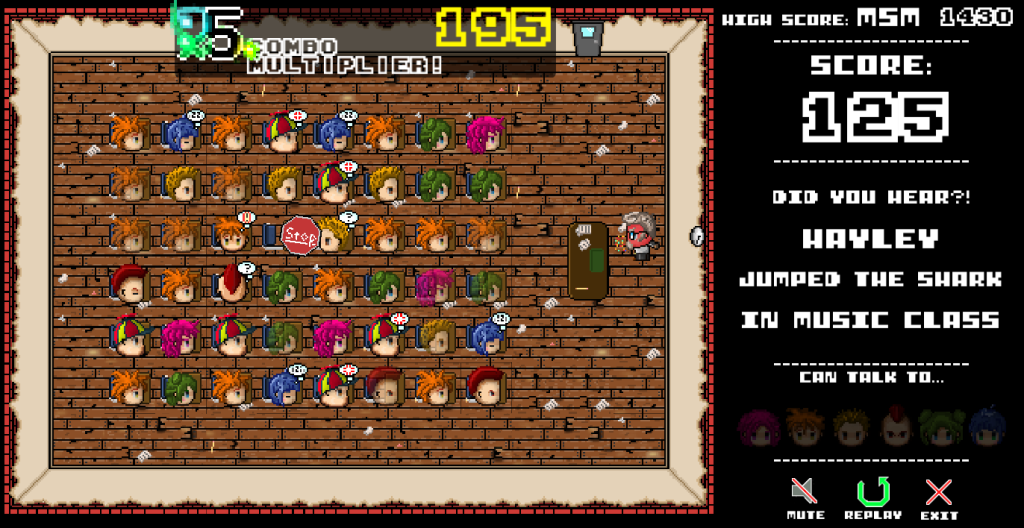 If the teacher detects the student who is currently in possession of the rumor (shown with an exclamation point above their head) he will attempt to eject that student from the class, forcefully.

The teacher also has hidden difficulty values that increase his speed, reaction time, and aggression.  If the player’s spread the rumor around certain students they inform the teacher that the rumor is being spread and the teacher will adapt accordingly.

Got the game? Find out how to launch the application.